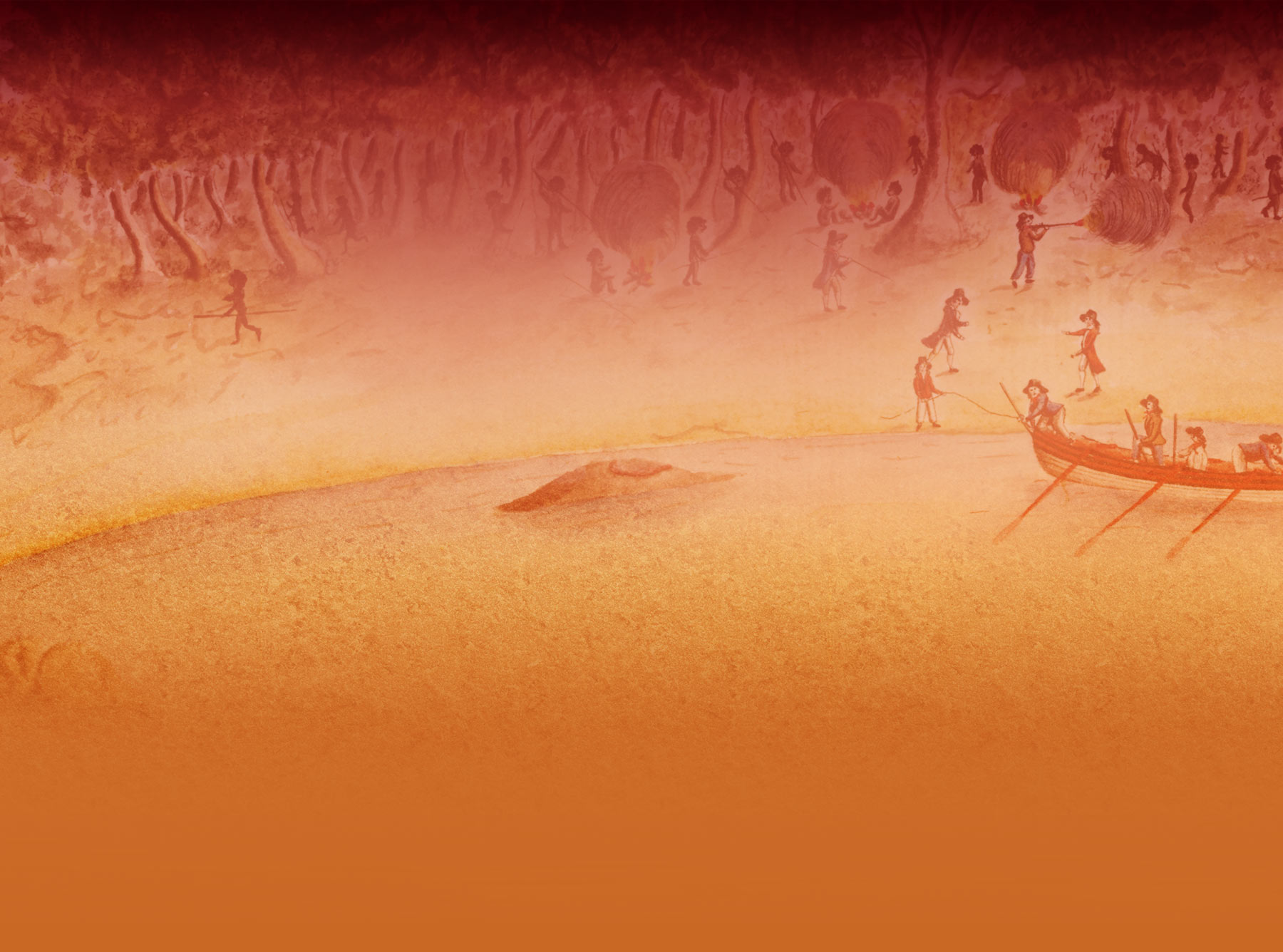 Woollarawarre Bennelong (c.1764-1813) and his interactions with the first European settlers make his story one of the most enduring and discussed in Australian history.

The grave of Bennelong lies in the suburb of Putney on the banks of the Parramatta River, opposite the region known to Bennelong as Wan, his birthplace. 2013 marks two-hundred years since his death.

Finding Bennelong tells the story of a man in an extraordinary time, chartering unknown territory in a world of strange new arrivals. Using more recent research and contemporary thoughts on his circumstance, motivation and legacy, Finding Bennelong helps us to better understanding and answer the question: Who really was Woollarawarre Bennelong?

Finding Bennelong is a resource that can be shared for the benefit of all communities. By documenting and reflecting on our cultural heritage, Finding Bennelong aims to contribute to community harmony and cultural understandings in contemporary times.

Finding Bennelong is based on historical research by Dr. Keith Vincent Smith, author of Bennelong (2001) and MARI NAWI (2010).

A Song of the Natives of New South Wales, c1793, written down from the Singing of BENELONG, and YAM-ROWENY, the two Chiefs who were brought to England some years ago, from Botany Bay, by Governor  Phillips [sic], rom Edward Jones, Musical Curiosities … London, 1811, page 15 British Library, London, Sung by Matthew Doyle and Clarence Slockee, 2010, recorded by Kevin Hunt at the Sydney Conservatorium of Music.

Images used in the project were supplied by the following institutions and are individually labelled and credited in each relevant image Gallery: